Calmly comply and clam up: what to do when confronted by police 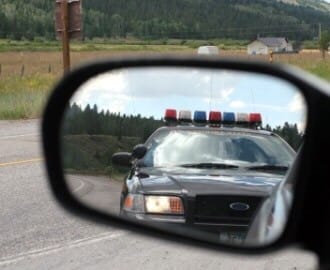 These are the do’s and dont’s of dealing with an encounter with law enforcement. Follow them and you’ll survive the encounter, and position yourself to fight a case later.

The rules: calmly comply and clam up.

A police-citizen encounter is not the time to make a point, argue, protest, complain, question, or try to show how informed about the law you are. Get over feelings of anger, impatience, feeling “dissed” or disrespected. Stay calm.

The officer(s) are in control. Not you. Accept that fact and you’ll make it through the incident. Comply with all commands.

As discussed below, silence is golden. Identify yourself, but refuse to answer any questions. Clam up and stay clammed up. Ask for a lawyer.

Why? These are difficult times. Everyone is on edge. Officers have a job to do – one that puts their personal safety at great risk. So understandably they are on red alert. Be cool and everyone makes it out of the confrontation in one piece.

Every encounter starts on high alert

Cops need to control the situation. Let them.

If you feel that you were physically abused, or in any way mistreated, let your attorney know immediately. You may also want to file a written complaint against the officer later. But do nottouch, strike, or attack the officer. Defend yourself only if you must – but understand that law enforcement officers are trained in hand-to-hand combat, have weapons, and have reinforcements.

Legal issues arising from the encounter: the importance of silence

Just keep quiet. Do not consent to any searches. Do not make comments.

If your rights are read to you, don’t make any statements. Ask for a lawyer – don’t be wishy-washy, be firm: “I am not answering any questions and want to speak to a lawyer.”

Resist the “you don’t need a lawyer, we can work this out if you’ll just talk to us” routine. Don’t say anything.

If you stay silent, and you end up catching a charge, your attorney will be in a far better position to fight the case. You’re not going to talk yourself out of an arrest, but the attempt to do so can seal your fate later. Don’t talk yourself into a conviction.