How Can You Challenge A Conviction? 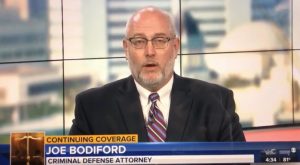 “3850 motions”, as they are called, are a way you challenge a conviction after the trial and appeal is over. There are things that can be done to overturn convictions after all hope seems to be lost. The name “3850” comes from Florida Rule of Criminal Procedure 3.850. It is a post-conviction motion. Joe Bodiford has handled countless of these motions. He began as a post-conviction law clerk while in law school, then handled them as a prosecutor. Joe has had success at them in his 23 years in criminal defense practice.

There are several grounds by which to attack a conviction in a 3850 motion. The most common three are:

Ineffective Assistance Of Counsel Claims in a 3850 motion

The most common is a claim in 3850 motion is ineffective assistance of counsel (IAC). Defendants in criminal court are entitled to effective counsel, a guarantee made by the Sixth Amendment of the United States Constitution.

IAC claims come in many, many forms. The essence of the claim is that the attorney did or did not do something that changed the outcome for the worse. Commonly, defendants have witnesses that they tell the attorney about and those witnesses are never investigated or called at trial. Other times, defendants find out long after the plea or trial that there was an offer that was made by the state that was never relayed to the defendant. Sometimes defendants claim that they were “strong-armed” into the plea by their trial attorney.

Newly Discovered Evidence in a 3850 motion

Newly discovered evidence is less common, and more complicated to rely on, in a 3850 motion. If evidence comes about that the defendant and the attorney did not know about, and could not have known about, then it can be used to reopen the case. These situations are very limited, as it is uncommon that something will just come out of the woodwork after a trial.

Bodiford Law, P.A., had a successful motion based on newly discovered evidence a few years. Our client did not know that a witness had been coerced by the police and prosecutors’ office until he had been in prison for several years. She only came forward after her husband was off of probation, and could not be violated (that was how she was threatened). We filed the motion with her sworn statement, and the judge found her to be credible. We were able to get a life sentence reversed.

If you or your loved one believes that there was ineffective assistance of counsel or there may be newly discovered evidence, call or text Bodiford Law, P.A., for a free consultation at 850-222-4529 or contact us online. We can help you with your 3850 motion.