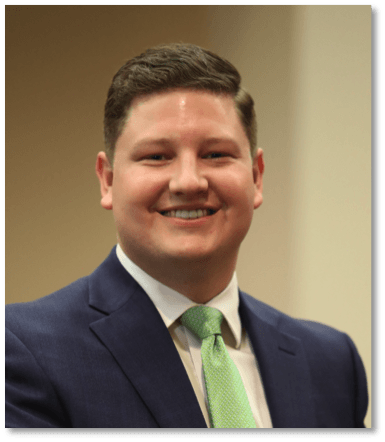 Gannon Coens is an associate attorney with Bodiford Law, P.A., focusing his practice in the various areas of criminal defense. He has been an invaluable member of the firm since February 2015, having served as a law clerk prior to his position as an associate.

In addition to his work for Bodiford Law, he also interned at the State Attorney’s Office for the Second Circuit of Florida (Leon County).

Gannon Coens’ experience with Bodiford Law has given him a great working knowledge of the “inside” of the criminal justice system. He has played a critical part in drafting numerous successfulmotions that have obtained relief for clients – suppression of evidence, motions to dismiss, bond issues, driver license issues, and more. He has been with Mr. Bodiford at counsel table in several jury trials, and has an intimate working knowledge of the courtroom.

Having worked in and studied numerous areas of the criminal justice system, Gannon Coens is an invaluable part of your defense.